‘Sivan Magen is a magician...'
WQXR

The Israeli Chamber Project is a dynamic ensemble comprising strings, winds, harp, and piano, that brings together some of today's most distinguished musicians for chamber music concerts and educational and outreach programs both in Israel and abroad. It was named the winner of the 2011 Israeli Ministry of Culture Outstanding Ensemble Award and 2017 Partos Prize in recognition of its passionate musicianship, creative programming, and commitment to educational outreach. 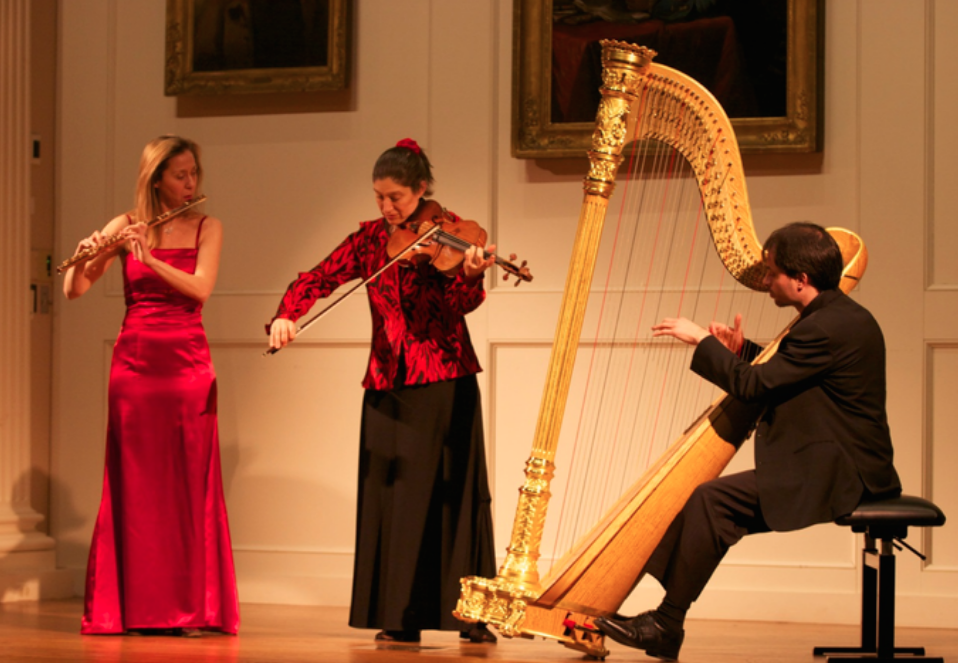 Three artists who have each been acknowledged for bringing a unique voice to their instruments, violist Kim Kashkashian, flautist Marina Piccinini, and harpist Sivan Magen met at the Marlboro Music Festival in the summer of 2010. Having discovered an unusually powerful common voice, they decided to extend their collaboration beyond the summer, and have since performed across the United States, Mexico, and Europe, with a wide-ranging repertoire that includes many of their own transcriptions, traditional repertoire, and newly commissioned works. Their first recording, on the ECM New Series, features works by Debussy, Takemitsu and Gubaidulina. This season Tre Voci performs in Philadelphia and Boston in the US, as well as at the Wigmore Hall in London and the Accademia Chigiana in Siena Italy, in recitals that will feature the premiere of “Arabesque”, a newly commissioned work for them by the japanese composer Toshio Hosokawa.